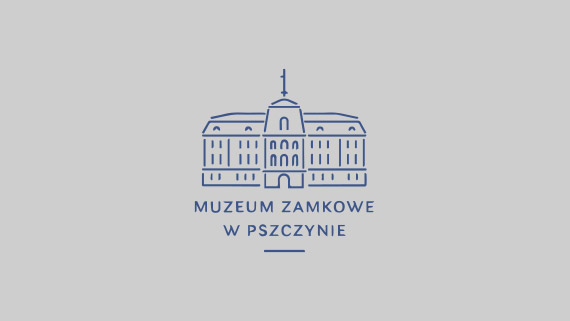 For the first time in its 60-year history, the Castle Museum is putting on an exhibition from an English museum: the Victoria and Albert Museum in London. The exhibition features photographic portraits selected from the 3500 negatives of the archive of one of the oldest established photographers in England, the Lafayette Studio, which was founded in 1880.

Prints were taken from glass negatives measuring 38 x 30 cms. (15 inches by 12 inches) using the latest computer technology and modern silver-grey printing techniques, which give them a soft outline redolent of 18th century mezzotints, of which the English were masters. The photographs sent by post in order to simplify the organization of the exhibition (which was however mainly conducted over the Internet) show the Polish visitor to the exhibition the little known world of English ‘high life’ at the turn of the Victorian era and the following short Edwardian period. This was a world of exquisite, elegant women and titled and equally elegant men, a world of which the English Princess of Pless was an active member.
The phrase The Happy Years, which is used in the title of the exhibition, refers to the peaceful and affluent period before World War 1 during which the young and beautiful Princess Daisy, at the side of her rich husband, the Silesian magnate Hans Heinrich XV von Hochberg, led an extravagant and carefree life, replete with Court events, receptions, entertainments, hunting and shooting parties, and endless travel.
The exhibition is held in a suite of four rooms on the second floor in the north-west corner of the Castle of Pszczyna where Princess Daisy stayed nearly 115 years ago, just after her marriage. The recently restored interiors contain 19th century tiled stoves, wood paneling, oak parquet floors, old windows and eclectic stucco work, which look almost the same as when Princess Daisy saw them on her arrival in the “great white palace” of Pszczyna.
In the Green, Red and Violet Drawing Rooms there are photographs of ‘professional beauties’, politicians, kings, emperors, Emperor Wilhelm 11, a Russian archduke and the Maharajah of Cooch Behar, all accompanied by detailed explanations in English, with Polish translations. Among them are photographs of guests in the lavish fancy dress costumes they wore to the great Devonshire House Ball, held to celebrate Queen Victoria’s Diamond Jubilee in 1897. One of them is of Princess Daisy dressed as the Queen of Sheba, and another of her brother George, who was in her retinue.
The Daisy Princess of Pless: The Happy Years exhibition is curated by Russell Harris and Barbara Borkowa, in collaboration with Lidia Kruczek, Chief Inventorist, and Sylwia Smolarek, assistant at the Pszczyna Castle Museum. Russell Harris, an Oxford graduate, is the author of several books and curator of other Victoria and Albert Museum Lafayette exhibitions. Barbara Borkowa, a graduate of the Jagiellonian University, has in the past collaborated on photographic exhibitions at the National Portrait Gallery in London and at the Victoria and Albert Museum.
The portraits in the Daisy Princess of Pless: The Happy Years exhibition, as well as the texts accompanying them, can be seen on http://www.rvondeh.dircon.co.uk/
Accompanying the exhibition are valuable exhibits from the Castle Museum’s own collections connected with Princess Daisy. Among them are deposits by her grandson, Prince Bolko von Hochberg, and his daughter Felicitas.
In this part of the exhibition it is possible to experience the unusual juxtaposition of contemporary Lafayette photographs taken from old glass plates with some of the original photographs, such as Princess Daisy as the Queen of Sheba, Princess Daisy in profile and Princess Daisy with crown.
Also on display are three of the best known portraits of Princess Daisy, two by the London-based painters Ellis Roberts and Reginald Arthur and the third by the Munich-based Polish painter Bolesław Szańkowski.