History of the castle

Please, read historical information of the castle in Pszczyna between 1914 and 1917, and visit a photo gallery.

At the turn of the 15th and 16th centuries Pszczyna grounds were ruled by Cieszyn dukes. In 1517 the duke of Cieszyn, Kazimierz II, sold the lands to a Hungarian magnate, Aleksy Turzo which ended a ruling period of Piast dynasty in Pszczyna district. A Free State Country (Wolne Państwo Stanowe) was formed, including Pszczyna, Mikołów, Bieruń, and since 1536 Mysłowice, with a capital in Pszczyna.
In 1548 the duchy of Pszczyna changed its freeholder again – the new freeholder was a Bishop of Wrocław, Baltazar Promnic, who resided in Nysa during the Reformation period.

During the period of the Promnitz’s family (1548-1765) the castle was gradually converted from a Gothic fortification into a Renaissance stately residence. After 1737 there was a further conversion of the castle into a three wing baroque palace. The Renaissance castle of two floors and galleries, built on a irregular quadrangle plan is known from descriptions found in Duke’s archives, as well as from a renowned map of Andreas Hindenberg dated 1636. The only remaining part of the building is the Gate of Privileged (Brama Wybrańców), which was built in 1687 by Consilio Milius, and which served as a castle guards house.

During this period of the tumultuous European history one of the greatest baroque composers, Georg Philipp Telemann (1681-1767), had a function of a Kapellmeister and an organist in Pszczyna between 1704 and 1707. Since 1979 concerts called “Evenings with Telemann” are organized, where music lovers can spend unforgettable moments listening to his compositions in the Mirror Room (Sala Lustrzana) of the Pszczyna castle.
Subsequent freeholders of Pszczyna between 1765 and 1846, the Dukes of Anhalt-Köthen-Pless, transformed a menagerie into a park and raised other buildings. At that period were built: a Pheasantry Palace (Bażantarnia) in Poręb according to the project by Karl Langhans and situated on the border of the pheasantry built in 1792, and a classicistic Ludwikówka built by Wilhelm Push near to the Pszczyna park.

After the Anhalt-Köthen-Pless family died out, the duchy was taken over by the Duke von Hochberg, Hans Heinrich X, the grandson on the distaff side of the Duke Fryderyk Erdmann Anhalt-Köthen-Pless, and the head of the Hochberg’s family in Lower Silesia. In 1850 he received a title of Prince von Pless which since then has been passed down to the eldest descendant. At present, Bolko the sixth Prince von Pless, Count von Hochberg, lives in Monich.

After Hans Heinrich X, Pszczyna and Książ were inherited by his oldest son, Prince Hans Heinrich XI (1833-1907). He was also the longest ruling prince at the castle (1855-1907) and at the 50th anniversary he received a title of a Duke (Herzog). It was he who gave the present shape to the castle and the extensive garden and landscape park which stretches out to the Promnice shooting lodge near Tychy. At that time Pszczyna was often visited by Prussian kings, German emperors and their guests from the entire Europe, and Hans Heinrich XI himself was honoured to the rank of the Emperor’s Master of the Royal Hunt at the Berlin court. Therefore possessing a residence suitable for the rank of duke became a necessity.

Between 1870 and 1876 the residence in Pszczyna (Chateau Pless) was converted according to designs of an outstanding French architect Aleksander Hipolit Destailleur. Elevations of the two floor high castle on a quadrangle plan were changed according to the style of 17th century French architecture. A vestibule with a three flight staircase and a monumental dining room with a table to seat 32 people, and two large 19th century mirrors, each with a surface of 14 m2 (about 150 ft2) were built at the town side of the castle.

After the death of the “old duke” the duchy of Pszczyna was taken over by Prince Hans Heinrich XV (1861-1938) whose wife was famous for her beauty; English lady Mary Theresa Olivia Cornwallis-West, Princess von Pless, known as Daisy (1873-1943). After their marriage in London she came to Pszczyna in December 1891 and she noted her first impression in her diary: “There were hectares of terraces and gardens as well as many indistinguishable  sculptures.A wonderful order of a stately residence of a heavy luxury but with no comfort or convenience, or even a personal bathroom!”.

Between 1914 and 1917 the Pszczyna castle played an important role housing an Emperor’s Headquarters and the General Stuff of the German Army. It was here, in Pszczyna, where the Emperor, the Chief of General Staff, Marshal Paul von Hindenburg, and the Chief of Eastern Staff, General Erich von Ludendorff, were making military decisions changing the history of Europe.

After the plebiscite in 1922 Pszczyna was incorporated into the newly reborn Polish state. In 1936, a new necropolis was created in the park. The tombs of the youngest son of Daisy, Prince Bolko (the father of the present Prince von Pless) and Prince Hans Heinrich XV are also located there.
After the Red Army marched into Pszczyna in February 1945, the castle was turned into a hospital. However the interior, its furnishings including enormous crystal mirrors, remained intact.

On 9 May 1946 the Pszczyna castle was opened to visitors. The first days of the museum were difficult – the exhibition was located only in a few rooms on the first floor, presenting historic objects of decorative art preserved from the times of the Hochberg’s family.

It must be stressed that about 80% of original furnishing of the interiors from the turn of the 19th and 20th centuries were preserved in the Museum. During the last decade some conservation works were performed. Based on the preserved iconography and archival inventories some former functions and interior arrangements were restored, uncovering original colourings and gildings.

The castle in Pszczyna is one of the very few museums of this type in this part of Europe with so many elements of preserved historical furnishings. In 1995 the museum was rewarded with an honourable diploma for the concept of interior renovation by organization Europa Nostra with its seat in Hague, the pan-European federation for cultural heritage: “For diligent reconstruction of the castle interiors with their furnishings based on thorough historical researches which brought back the splendour of the beginning of the twentieth century”.

On 9 May 2001, on the 55th anniversary of the museum founding, 2 new exhibitions were opened to visitors. The permanent exhibition – The Miniatures Room (Gabinet Miniatur) and the temporary exhibition 1986-2001 New Acquisitions Room (Gabinet Nabytków 1986-2001). 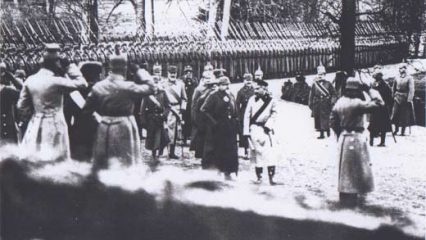 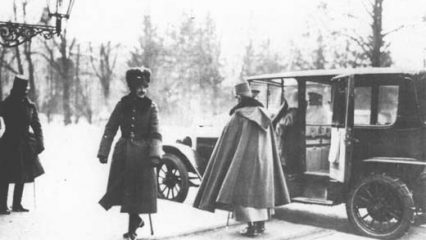 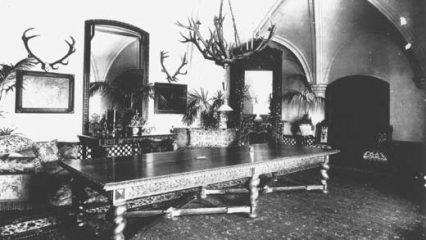 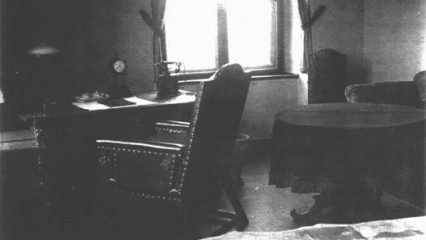 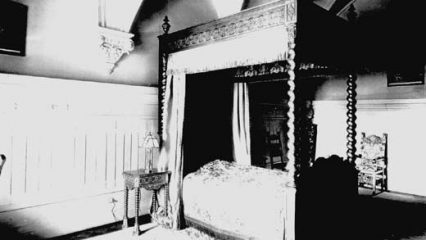 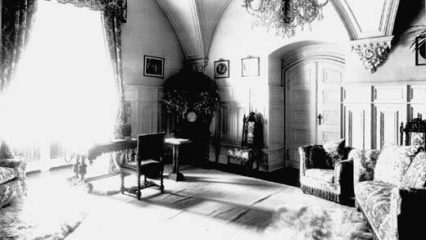 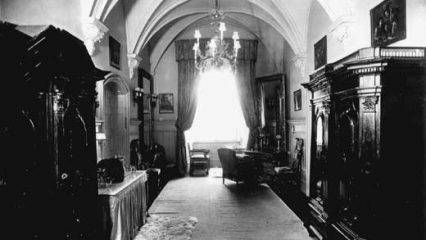 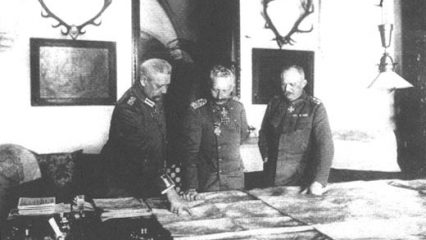 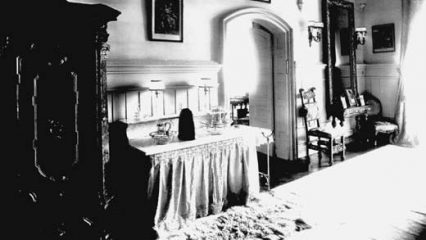 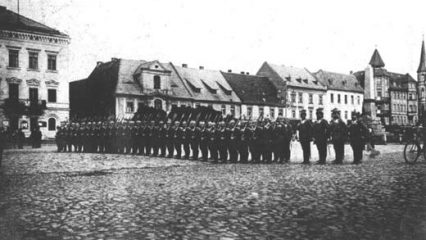 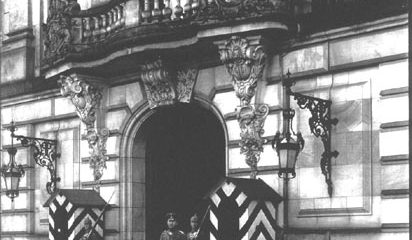 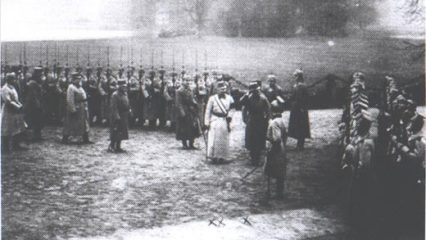 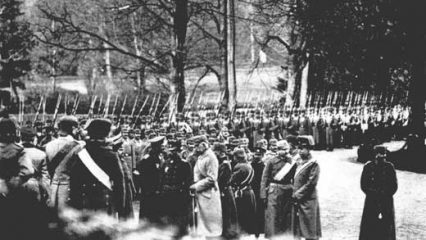 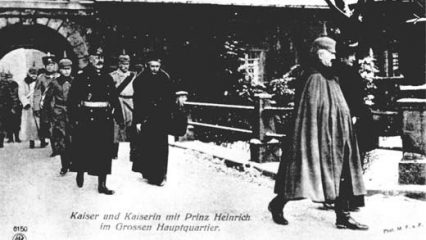 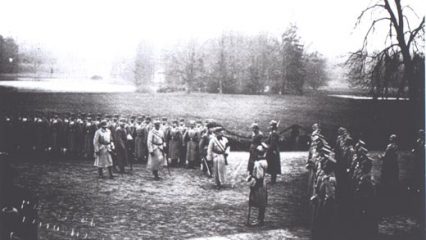 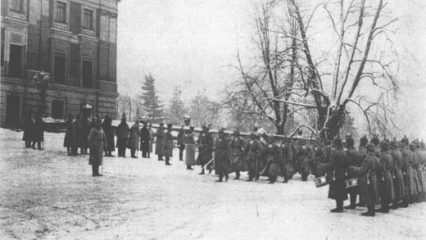 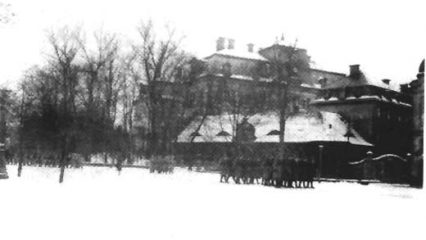 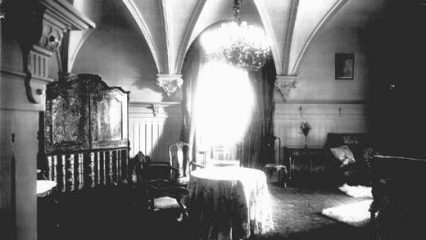 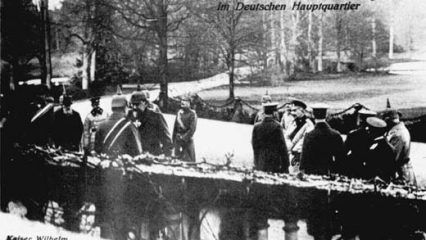